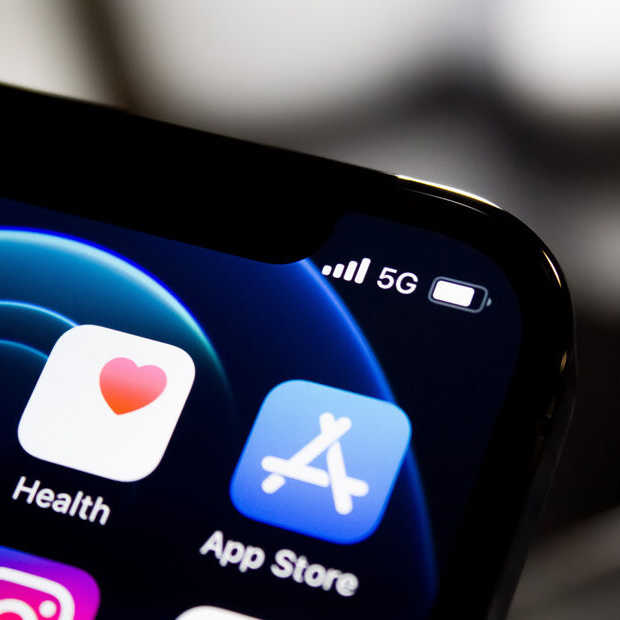 Apple has made several changes to how it operates its App Store, and not everyone is happy about it. Especially when it comes to audiobooks, Spotify doesn’t have fun. However, there are some changes that are very positive: Apple also temporarily stops advertising gambling apps in the App Store.

Commercial in the App Store

While that’s certainly positive, there’s also a slightly less pleasant consequence: Starting this week, a lot more ads hit the iPhone App Store. You’ll now get a lot more ads from apps you might like. Initially, it was a lot of advertising for the gambling app, but Apple stopped it after a lot of criticism.

The advantage is that you get ads mainly from a developer whose app you’re already using, but too many ads makes a store full of apps a bit more cluttered. Additionally, Apple has given developers a trick: if they don’t want their games or other games on their page to have ads that could lure users, they have to dig deep into their pockets to buy that ad space.

You look like someone claiming a square meter of your shed. It is your home, yet some parts of it are not yours. Plus: That other person is also going to advertise and lure your friends from your house, to his house. Not so good, think many developers, who now have to pay Apple more in addition to a 30 percent higher fee for their apps and their in-app purchases.

There’s more though: all app store policies are changing in all sorts of ways. This again shows that Apple has almost a monopoly on the app stores: at least on its own devices. Various app manufacturers have been protesting about this for quite some time. For example, consider the case about Fortnite, which resulted in the game being removed from the App Store for two years.

Meta is the rabbit

Apple has become stricter on companies that use advertising within their apps: even if you tap on it and make a purchase, for example within Facebook or Instagram, developers are now obliged to transfer 30 percent of that money to Apple. A tough choice, but yes, so far Apple can rule its monopoly fairly independently.

Meta has long struggled with Apple’s policy changes. For example, Meta lost $10 billion in ad revenue because Apple decided last year to show a pop-up with apps that actively ask users if the app can track them. Something that people usually agree to casually, because they don’t want to read pages full of principles, but in which they are now asked to point out: rather not.

Also, with the new policy, Apple is leaving an entirely different branch of the sport out in the cold: NFTs. If you create an app that trades NFTs, Apple’s in-app payment system is forced and you lose 30 percent of your revenue to Apple. NFTs have slowed down lately and already have less buzz, but things like this don’t help marketplaces like this either.

And, returning to Spotify and its audiobooks for a moment, Spotify says Apple is stifling competition with its policies. It will capture the imagination of app makers: in short, it is not happy with what the tech giant has come up with now. Spotify doesn’t stop at sound: It has stopped buying audiobooks through the iOS App Store. If you want to buy an audiobook, Spotify will say: “Do you want to listen? You cannot purchase audiobooks in the app. As we know, this is far from ideal.”

Then you have no idea how to buy that book. Here, however, it’s clearly a monopoly that Apple is abusing: it sells audiobooks itself through its App Store. However, Spotify has to pay Apple about a third of every book sold, which means it has to raise prices to make some money for itself. But then, of course, consumers go directly to the App Store to buy audiobooks.

In short, there have been many changes in the App Store and you may not be aware of them. However, understand that the money you spend to buy apps, but also to buy something in the app, always goes to Apple. Also, Apple is doing everything it can to make more money, so not only will app makers find themselves in an increasingly difficult segment, but you as a user will be presented with more and more ads.