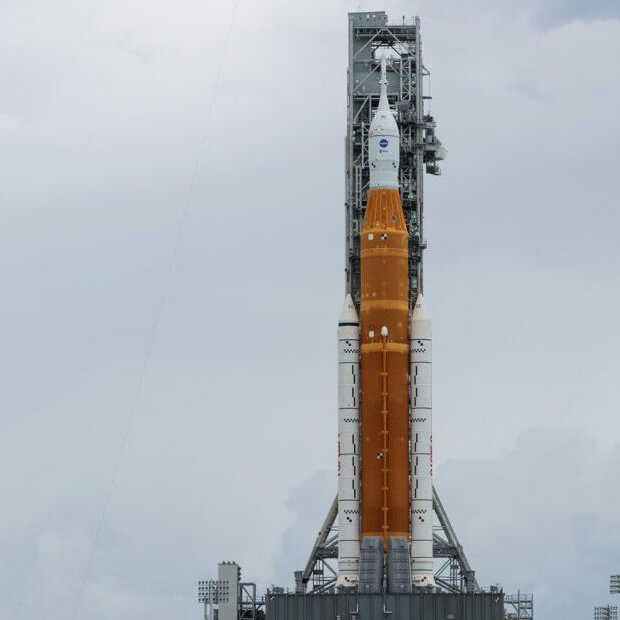 The launch of Artemis I will be delayed again. Unfortunately, like last time, there is a storm in the works. NASA moved up the release date by two days due to a tropical storm passing the launch pad. It is Storm Nicole that is gaining strength and has the potential to become a Category 1 hurricane.

So it is not expected to cause any damage to the spacecraft on the launch pad at Kennedy Space Center. The previous storm, Ian, caused some problems. Fortunately, these were quickly remedied, but the biggest problem was, of course, that the entire launch went wrong. Now on the sixteenth it is expected to be successful.

It depends on Nicole: if she becomes a hurricane, NASA must do everything in its power to ensure that Artemis I gets off the platform and back to the workshop. This is quite a hassle, given that the space launch system that will carry the Orion craft into the air is more than 100 meters high.

So it’s not something you just scale up: it takes a lot of work, time (about 10 hours) and effort. Fingers crossed that Nicole takes it easy, also for the people in Florida who sometimes have to recover from Ian.

At this point, it still looks like NASA will return the first man to the moon in 2025. These include the first woman and the first black person. This is the first time since 1972 that the space agency is going to send someone to the moon again, although now we want to be there for a while.

Before that, two more Artemis missions without humans need to be launched. The first is to test whether Orion can safely enter lunar orbit and return to Earth (by parachute). It is a reusable spacecraft.

When Artemis I is launched on November 16, it will take a month and a half to reach the moon. It then orbits the Moon for a while and then returns to our planet.