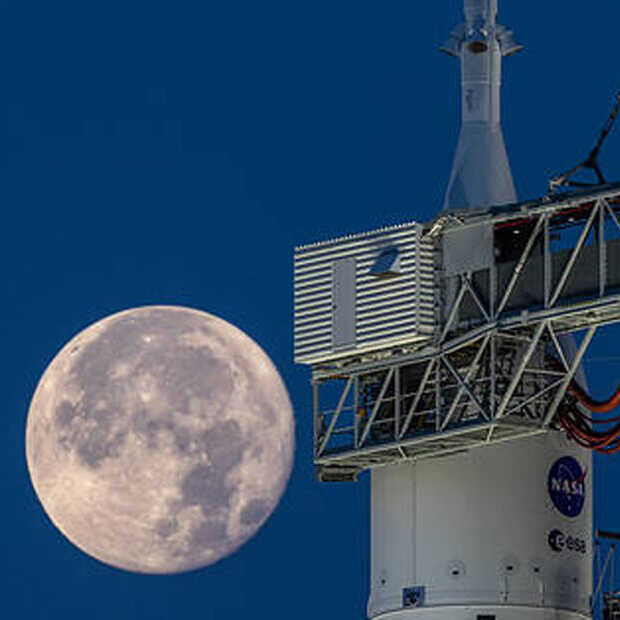 Artemis I is airborne. It was the official launch of NASA’s Artemis mission, a mission to ensure that the first black man and the first woman set foot on the moon. However, this is far from the only reason why the mission is so important. This is what makes Artemis so important and why we haven’t been to the moon for so long.

If you’re a fan of all things space, you’re probably rejoicing today: Artemis is finally up and running properly after many technical issues and storms, and that’s great news. However, if you tell someone less involved with NASA-related things, they’ll say: “Okay, but we’ve already been to the moon, what makes that so special?”

The first manned moon landing took place in July 1969: the whole world saw Armstrong say his famous words: “One small step for man, one giant leap for mankind.” After that, several people went to the moon, but only 12 in total. The last footprints date from December 14, 1972, when Eugene Cernan spent 75 hours there. Then NASA’s lunar program was abruptly suspended.

It has nothing to do with NASA’s performance, any danger to the mission, or lack of technological development. It had everything to do with politics. If we had the will and the technology, we could have made hundreds more trips to the moon in the nearly 50 years since that last step, but the Cold War ended NASA’s first lunar mission, Apollo. The United States has run out of money for NASA’s ambitions. NASA received 4 percent of the federal budget in 1965, but has not risen above 1 percent in recent decades.

Also, the International Space Station was built in a fixed location in space and the focus was mainly on doing research in space and not so much on the moon. There have been other deep space missions, but they have always been unmanned. Safe enough, but considerably less exciting than when we see astronauts successfully reach new areas.

From the 19th century to the 20th century

Getting to the moon might seem easy: if we could do it in the 1960s with our ‘string of wood’ technology, it must be a breeze now, right? Well, make no mistake: the moon is still a long way off. 384,400 km. You can get there in a few days with a special rocket: a Boeing 747 would take two weeks. Everything on the moon is also very old: there is no water, no air, in fact nothing happens there.

OK, but why go back if nothing else? Because as humans we love to discover new things. We want to know what is happening around us. And for some, we want to set up a colony on the Moon and/or Mars. Moon missions are therefore seen primarily as tests of the real target: Mars. A space station should be built on the moon even though ESA (European Space Agency) is very happy to settle people on the moon. Also, the Moon is a convenient way station for those who want to visit Mars in the future, and there are plans to put a telescope on the Moon to be able to see the far reaches of the universe.

What’s also new is that it’s no longer just NASA obsessed with the Moon: Russia, China, India and Israel are also working on it. Don’t forget commercial parties either: Elon Musk also has big plans for his SpaceX. Plans that it is developing together with NASA, among others. It has built a massive rocket for a reason that will hopefully see its first successful launch in December. Not just for scientific reasons: space tourism has a big role to play, too.

And now Artemis I has been launched and it can really begin. Thanks to the use of solar panels instead of power cells, Artemis could stay in lunar orbit much longer than Apollo. The mission of Artemis I is to pave the way for a sustainable, long-term stay on the Moon. But also, and this is something you might not think: many of the technological developments we use on Earth stemmed from what the brilliant minds of space agencies came up with for space travel.

The various possibilities of solar panels, smart cars and your smartphone have their origins in space travel in a certain way. This is a new way of scientific discovery that we can benefit from on Earth as well. In short, it’s an exciting time for both space people and those with both feet on the ground, even if you don’t follow space news every day.