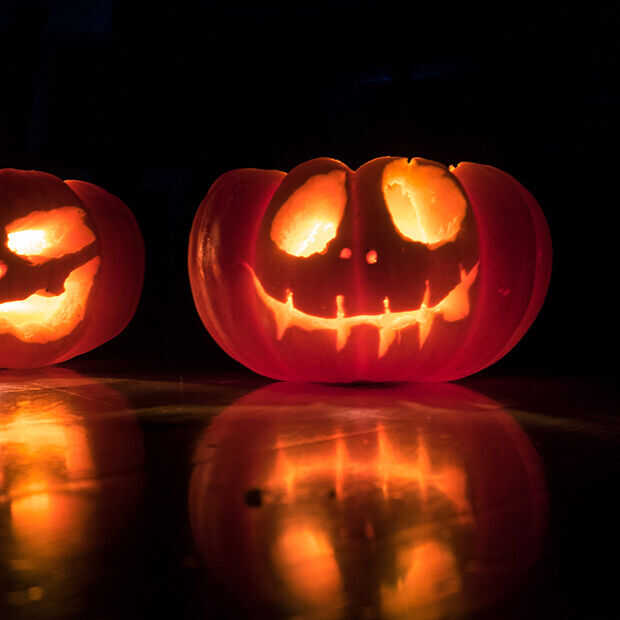 Some people think it’s just an American thing and want nothing to do with it, but others have already had several Halloween parties this weekend. Trick or treating hasn’t quite taken off at the door yet, but in the Netherlands we especially love dressing up like we’re creeps. Witches, zombies, vampires, mummies risen from the dead, they all passed through the average town this weekend. Funny, because in the US, costume parties are definitely not about creeps: many celebrities dress up as famous characters or people, like Marge Simpson and E.T.

Nice that in the Netherlands we make it a bit more of a real horror party and focus on the horror. For example, some of our theme parks have Halloween events that scare visitors at nightfall, and more and more people are making cute jack-o-lanterns, spooky pumpkins like the one above. See article.

Many Halloweens have already passed, but today is October 31st and then it’s really Halloween: these are the cutest tweets and hacks.

Google has brought back a great game for Halloween. It was also in 2018 as the Halloween-Google Doodle (Google’s title if you go to Google.nl), but this is a slightly more elaborate second version. The idea is that you fly around with a ghost and collect all kinds of flames, which then float behind you like a string. However, there are also opponents who try to take your flame. Once your flames are in your base they are safe, so you should go there regularly. If you do it right, you’ll get all sorts of handy power-ups, which will make collecting flames even easier Very nice and you can now play the game called The Great Ghoul Duel 2 for free under Google Doodle

Google looks deeper into the Halloween sphere, as its app Waze also has a Halloween theme. There are Halloween-style profile icons and car icons, but even better, there’s also a navigation voice that sounds like a zombie. In the side menu, go to Driving with Zombies and you can continue as a survivor or a zombie. A lot of fun!

An over-themed party like Halloween naturally requires fun hacks from advertising agencies and large company employees. Whereas last year it was sometimes a bit quiet in terms of hackers, companies now seem to really be looking forward to it. A small selection:

But there are also plenty of private people who are totally in the Halloween spirit: enjoy!