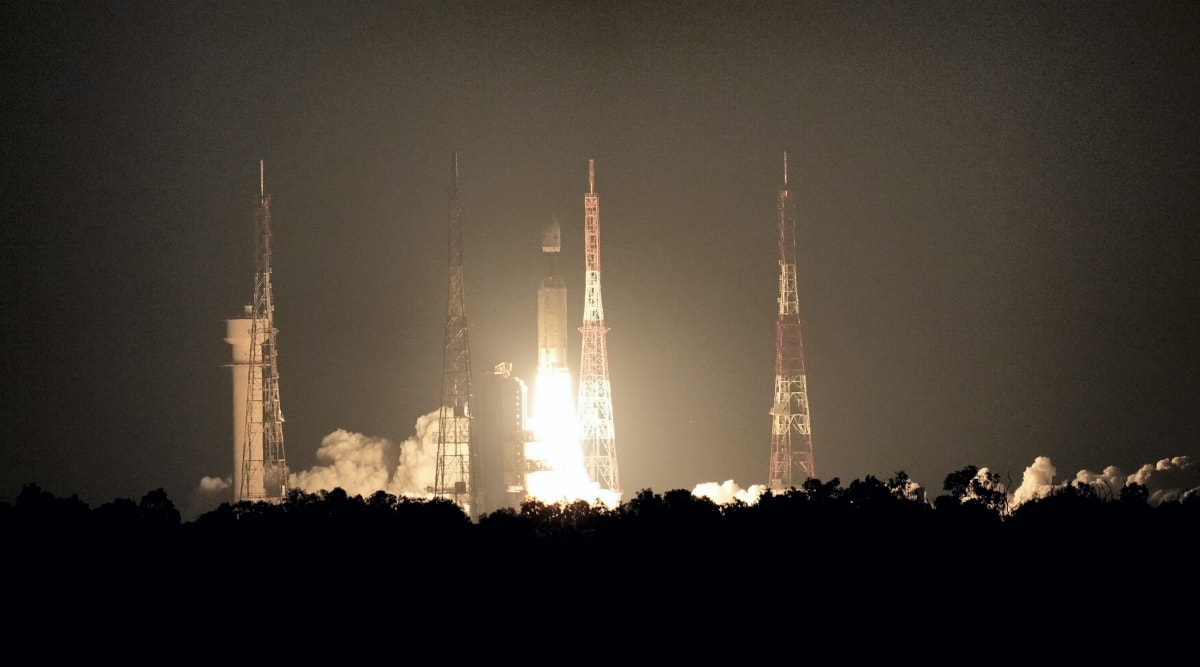 The space agency announced at 1:42 a.m., “LVM3 M2/OneWeb India-1 mission successfully completed. All 36 satellites have been placed in target orbits,” following a tracking blackout that deployed 20 of the satellites .

Nearly 37 minutes after launch from the second launch pad of the country’s only spaceport in Sriharikota, Isro Chairman S Somanath said: “Sixteen (satellites) are very securely separated as we expected and the remaining 20 satellites will separate when we can. not see it from this place (the rocket will be on the other side of the earth) and the data will come a little later.” Wishing everyone a happy Diwali, the chairman said the space agency had started the celebration a little early.

During this hiatus, he also announced that the same launch vehicle would carry an additional 36 OneWeb satellites on the next LVM-M3 launch.

A mission of many firsts

This was a mission of many firsts for the space agency.

This was the first step of the LVM3 – in fact any launch vehicle other than Isro’s workhorse PSLV – into the commercial space market. And with that, India also entered the heavier launch vehicle segment of the market. However, the mission wasn’t all about India positioning itself to capture a larger share of the commercial space sector (currently, India accounts for just 2% despite being one of the top space-faring countries).

This was the first time this launch vehicle carried multiple satellites and launched them into low Earth orbit.

This was also the first time that one of India’s rockets carried a 6-ton payload into space. The weight of the 36 satellite payloads totaled about 5.8 tons, which is the heaviest payload for the space agency to date. The LVM3 rocket has a capacity to carry up to 8 tons to low Earth orbit. The PSLV is a much lighter vehicle and can carry a payload of 1.4 to 1.75 tons.

Before the LVM3 was operationalized – the first operational mission after two development flights was Chandrayaan 2 – several of the 2 to 5 ton GSAT satellites were launched by European launch provider Arianespace. Two GSAT missions were flown by Arianespace even after that, the last of which was in June this year.

The mission takes on significance because it was LVM3’s first commercial mission and also NSIL’s first with the said launch vehicle. (Twitter/@isro)

This also proved that LVM3 is a reliable launch vehicle, with all four missions of its missions being successful. This is essential as the vehicle is currently under human review and will take our astronauts to space under the Gaganyaan mission. “LVM3 is under human assessment for the Gaganyaan manned spaceflight mission. And as part of the human assessment, more confidence-building tests of all propulsion systems are being successfully conducted,” said Vikram Sarabhai Space Center Director Dr. S Unnikrishnan Nair in a video address.

Other than what the mission proved about the capabilities of the space agency, the mission itself was challenging.

This was the first step of the LVM3 – in fact any launch vehicle other than Isro’s workhorse PSLV – into the commercial space market. Twitter/@isro

These satellites are placed in 12 rings of 49 satellites each, with each satellite completing a full circumnavigation of the Earth in 109 minutes. This was the fourteenth launch for OneWeb, expanding the fleet to 464 satellites to date. The constellation is likely to be completed next year, with ISRO launching another batch of 36 satellites.

The current mission was also a long one, totaling more than 5,500 seconds or 91 minutes from launch to deployment of the last satellite. This was because, according to the company’s demand, Isro not only had to ensure accurate injection of the satellites in 600km orbit, but also ensure that the satellites did not collide with each other during deployment or later. .

dr. Nair said: “The mission requires the separation of all 36 satellites in orbit of 600 km and the separation must be arranged so that the customer requirement of a minimum distance of 137 meters is maintained between each pair of satellites. This is achieved by the cryotrap ( third stage of the rocket) and reorient it using the onboard propellers.”

Director ISRO Inertial Systems Unit Dr. D Sam Dayala Dev said: “Precision injection is necessary so that they do not collide during the separation. Not only must they not collide, but also maintain the separation in the long run. This requires certain maneuvers, aiming the launch vehicle and adding incremental speed between satellite separation, which has to be done very precisely.”