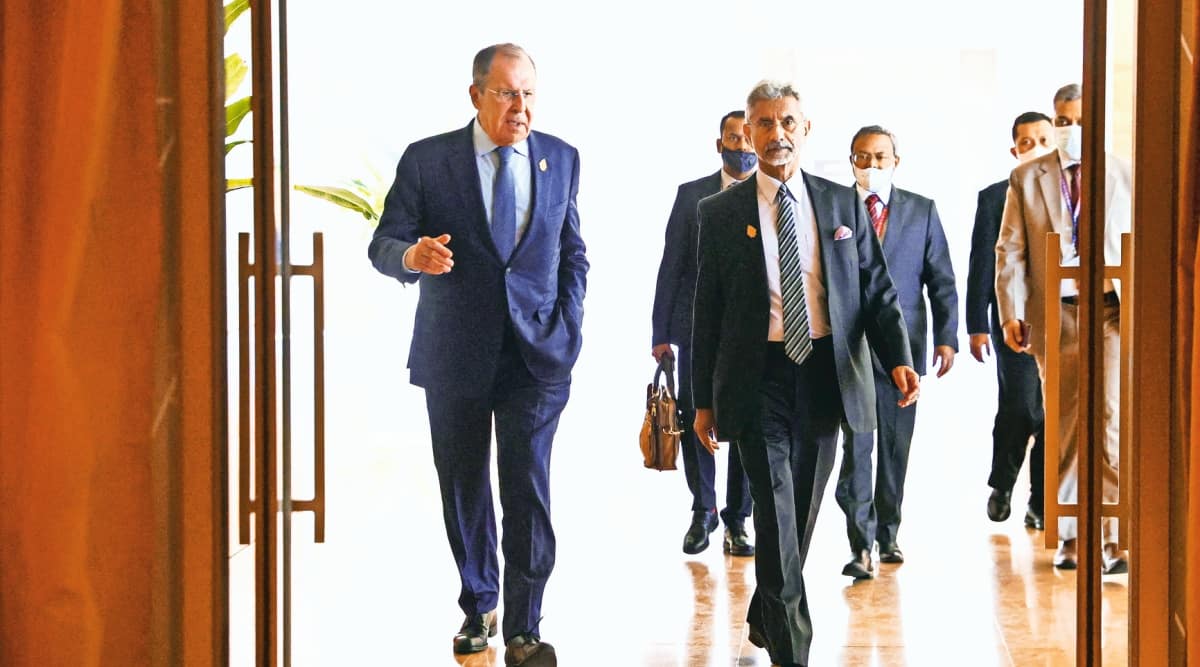 ONE DAY after Russian Defense Minister Sergei Shoigu called on defense ministers of India and China to voice Moscow’s concerns over a so-called Ukrainian plan to use a “dirty bomb”, repeating a claim that Ukraine and the West have already rejected, the Russian Foreign Ministry said on Thursday that Foreign Minister S Jaishankar will travel to Moscow on Nov. 8 to speak with his Russian counterpart Sergey Lavrov.

The two countries have a mechanism whereby the Indian Prime Minister and the Russian President hold an annual summit to review the whole range of ties. Modi is likely to travel to Russia this year.

On Wednesday, Russian Defense Minister Sergei Shoigu called on defense ministers of India and China to voice Moscow’s concerns over a so-called Ukrainian plan to use a “dirty bomb”. Defense Minister Rajnath Singh, for his part, told Shoigu that the conflict in Ukraine must be resolved through dialogue and diplomacy and that no side should use the nuclear option.

Shoigu had informed Singh about the evolving situation in Ukraine, including his concerns about possible “provocations through the use of ‘dirty bomb’,” the defense ministry said in a statement.

On October 10, within hours of Russia firing cruise missiles at Ukrainian cities, including civilian facilities in Kiev, killing at least 11 people, India said it was “deeply concerned” about the escalation of the conflict, including attacking infrastructure and the death of civilians. .

This was one of New Delhi’s sharpest statements after Prime Minister Narendra Modi told Russian President Vladimir Putin that “the present era is not an era of war” on the sidelines of the Shanghai Cooperation Organization summit in Samarkand, Uzbekistan. India has not yet publicly condemned Russia’s invasion of Ukraine.