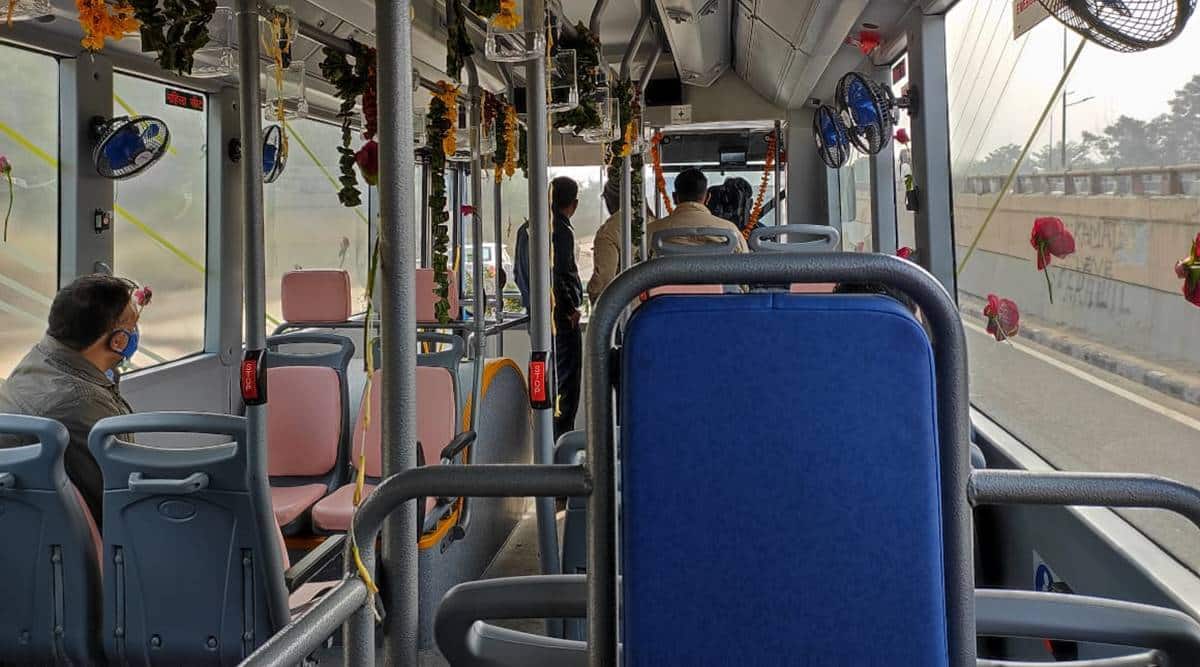 THE COST of buying and using battery-powered buses and tricycles has fallen significantly, following several government incentives to increase the adoption of these vehicles for public transportation, sources said.

Citing government data, sources said the cost of using a battery-powered tricycle has fallen by up to 25% compared to 2016-17. While an electric tricycle currently costs around Rs 3 lakh, the total cost of ownership (TCO) is around Rs 2.1/km, compared to Rs 2.8/km for the petrol variant and Rs 2.32 for the CNG variant.

The TCO of each vehicle is calculated based on the purchase and operating costs during the service period.

The price of battery powered buses has fallen sharply, from around Rs 2.5 crore in 2017 to Rs 91 lakh-Rs 1 crore now, contributing to the dip in TCO. While the diesel (about Rs 34 lakh) and CNG (about Rs 38 lakh) buses are cheaper, sources said the running costs for electric buses are 23% lower than CNG buses and 27% lower than diesel buses.

This is in line with global trends, which show that the TCO of electric buses is lower than that of both high-end and low-end diesel buses.

For a 12-meter electric bus, the TCO varies between Rs 53.77/km and Rs 77.75/km depending on the battery size. Notably, the total cost of ownership of battery powered buses in India is even lower than the global average and ranges from Rs 39.21/km to Rs 47.49/km, according to government data. The corresponding TCO figures for diesel and CNG buses are not available.

“The schemes have helped reduce the cost of these electric vehicles, which will increase their adoption. The schemes should further help increase adoption as setting up charging infrastructure is also part of the schemes,” said a senior official from the Ministry of Heavy Industry, who declined to be identified.

The government supports the adoption of electric vehicles through two schemes: Faster Adoption and Manufacturing of Electric and Hybrid Vehicles, or FAME, and Productivity-Linked Incentives for Auto and Advanced Chemistry Cell Battery Storage, which aims to locate batteries for electric vehicles. .

Under FAME, the government wants to generate demand by purchasing electric vehicles in bulk. In the second phase, the target is 7,000 electric buses, 5 lakh electric three-wheelers, 55,000 electric four-wheel passenger cars and 10 lakh electric two-wheelers. In addition, the scheme also supports the setting up of infrastructure for charging the vehicles.

The procurement of buses is currently centralized and the central government had nominated CESL in June 2021 as the hub agency for the FAME scheme led by the Ministry of Heavy Industries.

At the end of April, as part of the second phase of FAME, the government had announced the purchase of 5,000 electric buses from Tata Motors through competitive bidding.

The buses purchased under the FAME scheme will be distributed among several state transport companies, including Delhi. Delhi currently has a fleet of 4,000 buses, of which about 250 are battery powered. The addition of electric buses to the fleet will help address the long-term pollution problems.

The center plans to replace up to 30,000 diesel-powered buses with electric buses in the next two to three years, giving manufacturers a $3.5 billion business opportunity and creating an ecosystem for electric buses that makes them cheaper.

More than 1.6 million buses run on India’s roads every day, most of which run on diesel. About 10% of this is operated by state transport companies, most of which are loss-making.