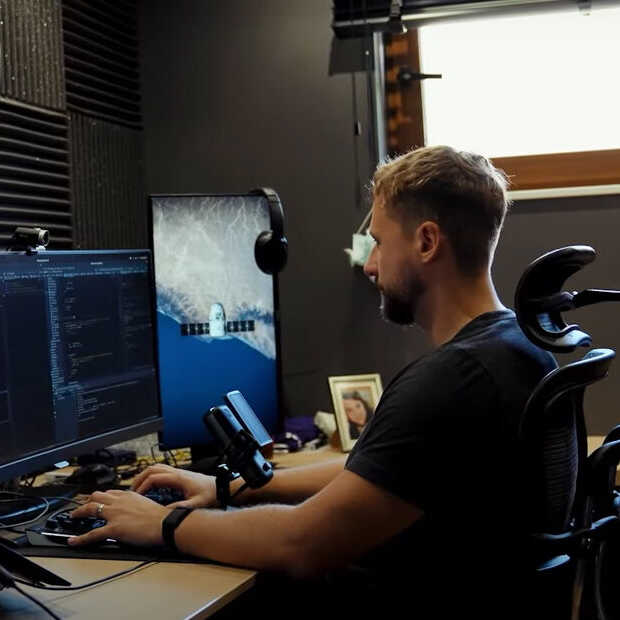 There are many stereotypes of developers, but of course not all of them are true. The new movie Prometheus is here to change your image again as many big developers talk about the Prometheus project.

The documentary is a collaboration between Honeypot, Cloud Native Computing Foundation, Chronosphere, Google and Red Hat. The goal is to show the diversity of developers and projects, including the apps we use every day. How do they work and how do they feel about it? Everything revolves around Prometheus. Not a Ridley Scott movie about fickle aliens, but an open source system that’s hugely influential.

Prometheus is one of the fastest growing open source frameworks in the world. The documentary revolves around this framework: from development to acceptance and finally the embrace of the project. Prometheus helps monitor applications (e-commerce, databases, and more). The great thing is that this documentary lets people who were actually there talk, creating a very authentic picture of how Prometheus could eventually become something that was picked up by hundreds of thousands of developers.

Not only developers, but also engineers and executives will have a say. All these stories together – sometimes even the wildest stories – make up a documentary that’s free for everyone to see. The film will be available from next night here, on developer platform Honeypot’s YouTube channel, where you can find more interesting videos about the world of IT.

Prometheus began in 2012 when a team of engineers at SoundCloud created an open source monitoring system to better detect system failures and outages. It eventually became Prometheus and now a documentary. “Technologies are constantly changing how society lives and works. At the same time, the most important innovations are often invisible to the end user,” said director Josiah McGarvey. “The rise of the Prometheus project is a perfect example of this. By harnessing the power of film and storytelling, we can achieve greater understanding, acceptance, participation and, we hope, commercial acceptance of this project.”