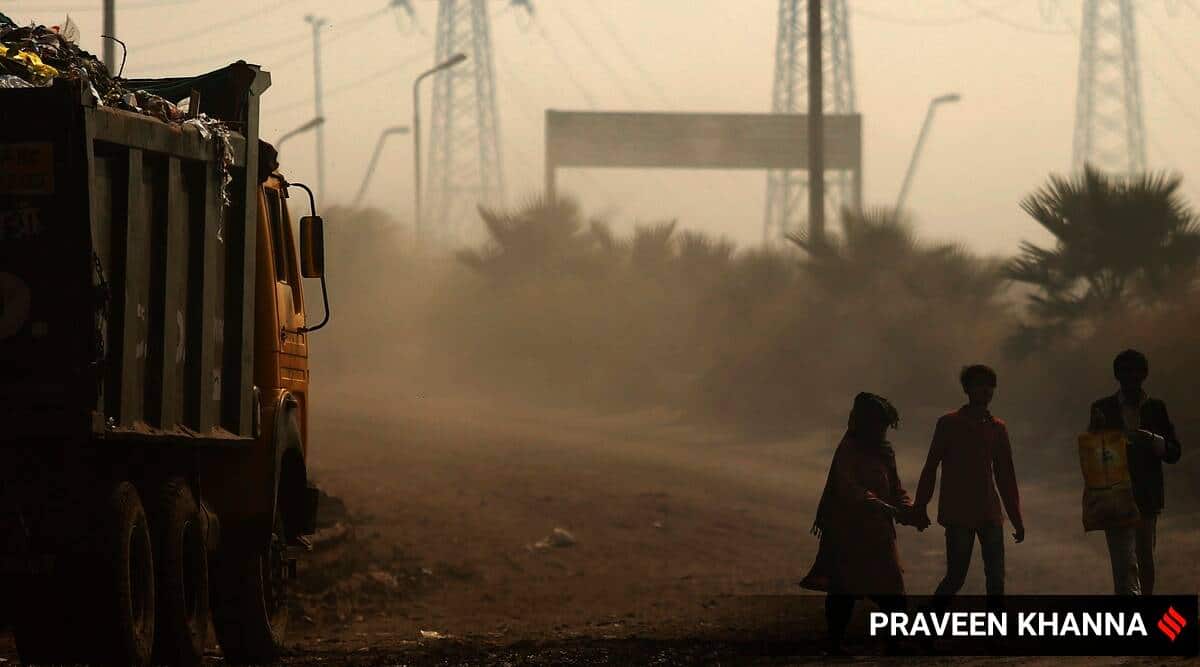 The National Green Tribunal (NGT) has imposed an environmental compensation amount of Rs 900 crore on the National Capital Territory of Delhi for the unprocessed waste lying in the three landfills in the city of Ghazipur, Bhalswa and Okhla.

According to the NGT’s order, “funds may be appropriately collected from waste processors, violators, errant officials, corporations, and if necessary and so decided from an area of ​​land under the waste.”

The amount deposited as environmental compensation should be used for remediation measures to reclaim the land. The deposit must be made within one month and the deposit is the responsibility of the Chief Secretary, according to the order of the NGT.

The amount was calculated at the rate of Rs 300 per tonne of waste at the three landfills. According to the order, the amount of unsorted waste in the three landfills is three crore tons. The recovery measures at the site include “scientific disposal” of the collected waste, the construction of a boundary wall, fire-fighting measures and a leachate treatment plant. The groundwater board can investigate to what extent leachate ends up in the groundwater on which corrective measures can be taken.

The case was dealt with on Tuesday by the chair of the NGT. Earlier this year, the NGT had taken up the issue of landfills after media reports of fires breaking out at the landfills in Ghazipur and Bhalswa. It had then formed a committee headed by SP Garg, a former Delhi Supreme Court judge, to propose the course of action.

The order states that “there has been a serious violation of citizens’ rights and the failure of the public trust doctrine to protect the environment and public health by the relevant authorities, including the Government of Delhi and the Delhi Municipal Corporation. The steps taken so far do not meet the mandate of the law and are not in line with the stark de facto emergency that constantly threatens the safety and health of citizens and the environment without responsibility of the officials entrusted with this task … there are emergency measures necessary to remedy the situation with a new and sensitive approach…”

The order adds that the scenario presents a “horrifying picture and ecological emergency” in the national capital. Delaying remedial action is detrimental to the public interest and timelines need to be “compressed”.

The Tribunal noted that the landfills occupy “scarce and expensive public land” and that the price of the land is said to be around Rs. 10,000 crore at “conservative rate”. It points to the “urgency to recover the said public good for useful public use”.

The NGT has also established how the land will be used after the waste has been cleaned up. “In order to compensate the affected residents of the area, the authorities are obliged to develop dense forest in at least a third of the land occupied by the landfill…”, the order states. A third can be used to set up waste management facilities and the remaining land can be used for other purposes. Governments may consider establishing a “tourism and recreation center” along with a body of water.

In August, the assessment committee of experts from the Ministry of Environment, Forestry and Climate Change did not recommend the expansion of the waste-to-energy plant in Okhla for environmental approval, saying the proposal was “premature”.

While the NGT heard the issue of compliance with the municipal solid waste management rules, 2016, regarding several states, the NGT has recently imposed such environmental compensation amounts on other states as well. After an amount of Rs 1,200 crore to be paid by Maharashtra, Delhi has been imposed the second highest amount of compensation, followed by Rajasthan which has to pay Rs. 555 crore.