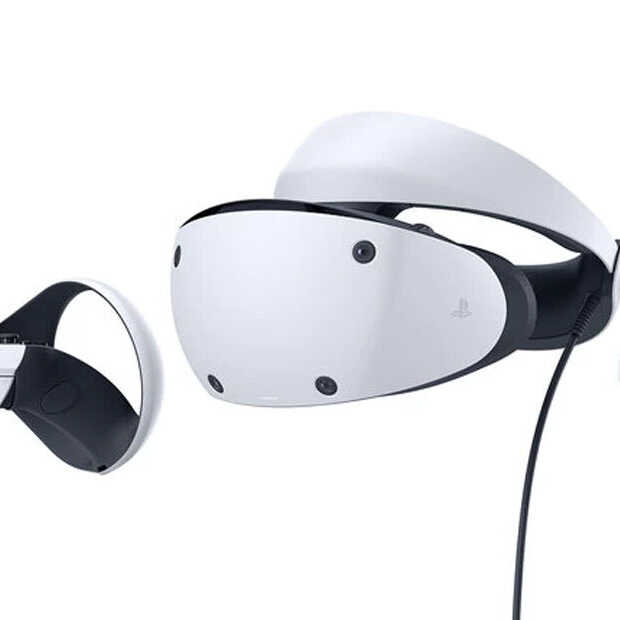 At least, if you buy the ‘bare’ version. There is also an option where you can buy the new game from Guerrilla Games (which comes from the Netherlands) in a special bundle for 650 euros. Please note, this is a voucher for that game, not a physical copy of it. With both variants, you get two PS VR2 Sense controllers and stereo headphones, in addition to PlayStation VR2 glasses.

The newest game from Guerrilla Games is Horizon Call of the Mountain, a game in the studio’s Horizon series. Horizon: Forbidden West was released earlier this year. This time you put on your VR glasses and step into the world of the main character Aloy and experience what it’s like in a first-person perspective in an environment filled with mechanical enemies. It promises to be an exciting game, because thanks to virtual reality you are in the middle of everything.

PSVR2 can only be used in conjunction with the PlayStation 5, and previous PlayStation VR games cannot be played on it. This probably makes the gadget library a bit small at first. However, Sony plans to make 20 games available at launch. Horizon certainly isn’t the only game to hit PSVR2 at launch, but it looks like Sony isn’t quite playing with what we can expect just yet.

It’s not a completely wireless gaming experience, because as you can see in the image above, it has a cable attached. It’s a USB-C cable that runs from the headset to the console. Yet it’s still a significant improvement over its predecessor: multiple cables were attached to the first PSVR, making it a slightly less dynamic device to use. Sony has now improved it.

There are many other improvements. Resolution is high: 2000 x 2040 pixels per eye. The screen is an OLED screen and it supports 4K and HDR and coupled with a refresh rate of 90 or 120 Hz, it will provide a smooth viewing experience. In addition, there are new tracking sensors, cameras to follow the controllers, and a camera aimed at each eye so the headset can better follow your eyes. The field of view is 10 percent larger: from 100 degrees to 110 degrees.

PlayStation VR2 is available to pre-order through the PlayStation Online Store from November 15. There will also be a charging station for the Sense controller which costs 50 euros. The handy thing is that you don’t have to plug the controller into a USB port on your console, so you can use it for other things.

600 euros is a lot of money, but the technological advances that virtual reality headsets now make (of course) ensure that the specifications are also improving rapidly. Also, the competition is working on VR headsets that are more expensive, so Sony would probably do well to sit a little lower.

It doesn’t sound like it: of course because 600 euros is more than the suggested retail price of a PlayStation 5, of which it is certainly an ‘accessory’, but looking at the hardware we don’t back off quickly. However, there are some concerns here and there about the range of games on offer. Is there a real draw that will make everyone want that headset right now? We’re curious if Sony comes up with a surprise there: it’s still a few months away.

When she’s not typing, she’s exploring the wonderful world of entertainment or some cool place in the real world. Mario is the man of her life,…